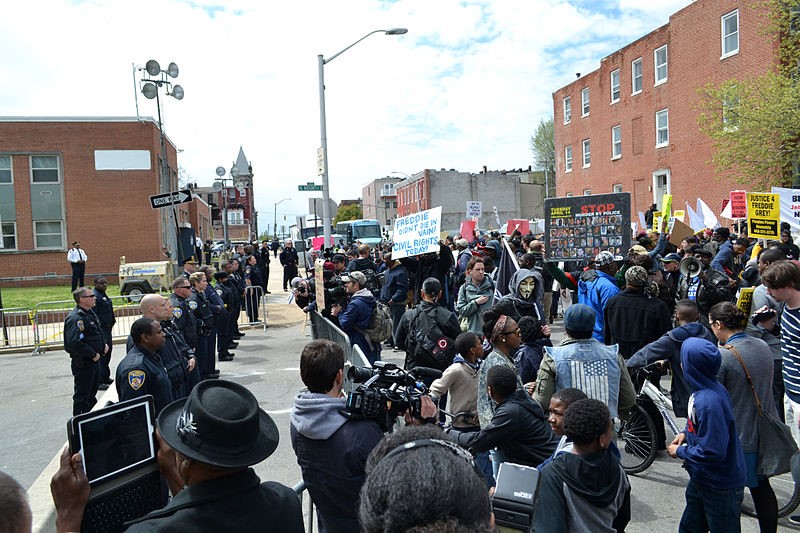 In April of 2015, the Baltimore Police Department faced repeated protests over the case of 25-year-old Freddie Gray, who died while in police custody. Residents of Baltimore protested in front of Police Headquarters and City Hall. The BPD is the 8th largest municipal police force in the United States. Their response was measured but all available officers were involved, including sworn registry staff.

The BPD monitors over 1500 active registered sex offenders. Registered offenders were calling the registry saying they were hesitant to come near the department’s registry lobby entrance for their required reregistration because several streets nearby were involved in protests for weeks.  Detective Sergeant Adam Kirhagis who supervised the BPD Sex Offender Registry Unit Most sworn registry staff were deployed outside of the department in support of police lines. “Most of these offenders want to do the right thing and get in to reregister and get out, “said Kirhagis. “We called offenders who were up for reregistration and gave them an address where it was safe for us to meet. I had my laptop with internet access through my cell phone and set up shop on the back of a squad car.” Kirhagis kept a “go-box” with about 50 copies of BPD registration, duty to register, and change of address forms and a stack of index cards.

“When an offender came to my new field registry,” Kirhagis explained, “I would write his name and reg. number on an index card and hand it to him. I took his picture with the OffenderWatch Mobile App, so it was in the record and it was also stored on the phone with his name and identifier right in the photo.” During this period of civil unrest, there was no increase in noncompliant offenders.

Kirhagis was instrumental in helping to develop guidelines for other agencies.

In 2019, Detective Sergeant Adam Kirhagis retired from BPD and joined OffenderWatch. While at the Baltimore Police Department, Kirhagis supervised the Sex Offender Registry Unit registering, managing, and tracking Baltimore’s 1500+ registered sex offenders. He supervised a team of 6 detectives investigating crimes against children while managing a multi-disciplinary approach from complaint to prosecution. As a Territory Manager at OffenderWatch, he can leverage his 29 years of law enforcement experience to help registering agencies develop best practices in sex offender management, collaborative investigations, and public notification.