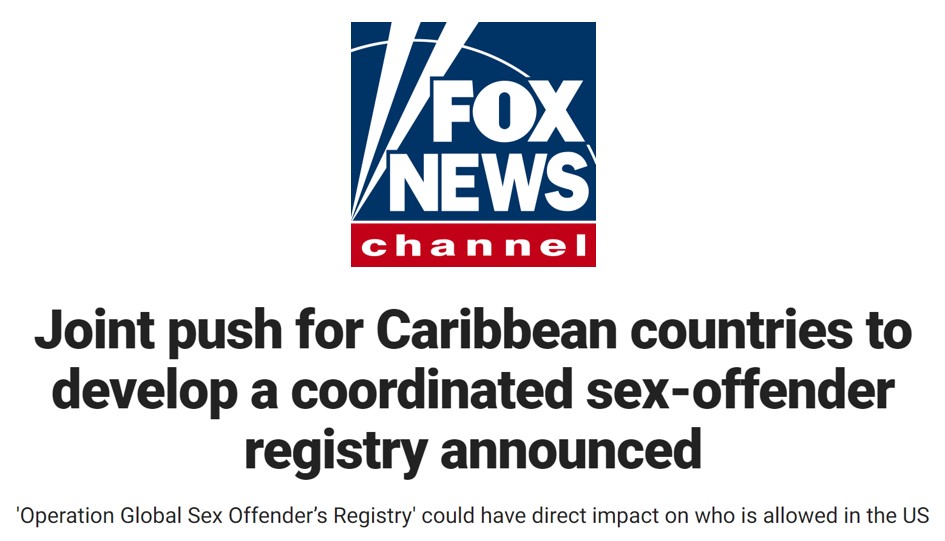 Read the original article on FoxNews.com.

A joint mission to create a coordinated sex offender registry across 15 Caribbean nations – tracking them both in that region and eventually across the world – was announced this week, urging all governments in the sector to follow in the footsteps of Trinidad and Tobago, which was the first country in the collective to pass its own laws related to convicted sex offenders.

The endeavor is focused on propelling the other nations in the Caribbean Community – officially dubbed CARICOM – to implement similar bills over the course of the next year so they can create the unified registry between the Caribbean automatically coordinated with the U.S. and stop international sex crimes and child trafficking before they occur.

“This is our vision — a child molester who goes into prison today and serves their sentence will be released into a world where their information is shared with almost every country in the world, and any of their attempts to solicit children on the internet can be tracked using the software,” Jonathan Bhagan, chairman of the CCASC, told Fox News.